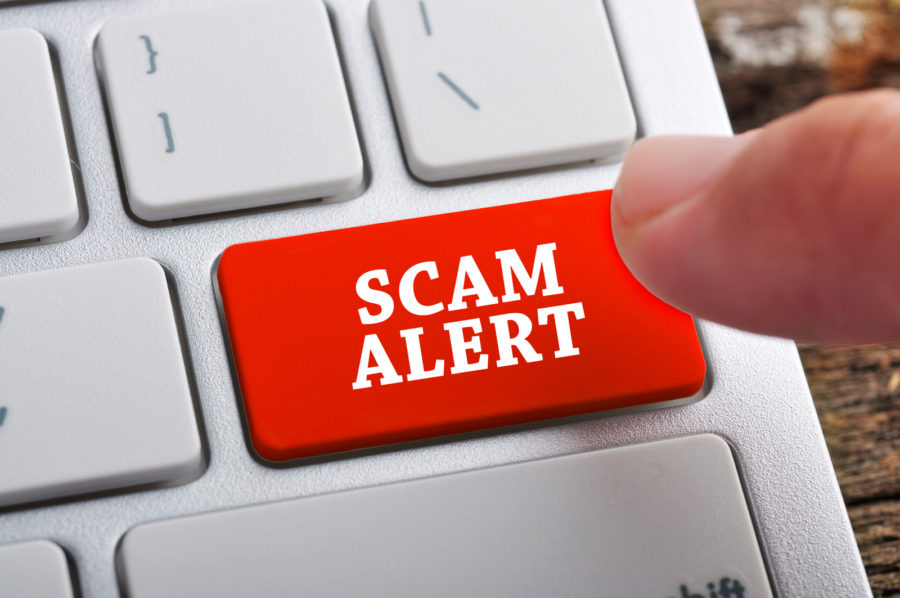 Closing on a new home can be an exciting and busy time with lots of money on the line.

It’s also a time when you could be vulnerable to hackers trying to steal your life savings.

There is an email scam CBS12 News Investigates has been warning you about for years.

It hit a family on the Treasure Coast and cost them more than $77,000.

Susan Spofford knew instantly that a property in Jensen Beach was just the right size and layout for her family.

“We walked in, and it was perfect,” she remembered.

Spofford bought the home with her boyfriend, mother, sister and brother-in-law, Larry Beach.

“It was just what we were looking for,” Beach said.

They were overjoyed when their offer was accepted, and they felt like the process was running smoothly — until it came time to close, and their real estate attorney asked for $77,000 for closing costs.

They thought they already paid that money.

Spofford said she felt like she had a pit in the bottom of her stomach.

“The lawyer’s secretary came in and said ‘Do you have the check?’ And my brother-in-law said ‘Check? What Check?”

Beach told them he already wired the closing costs to the secretary.

He pulled up emails from what he thought was their law office giving him instructions to wire the payment at a nearby bank.

When the law office confirmed they never received a payment, it started to sink in: Beach had wired the money to a scammer.

In hindsight, Beach realizes how he was tricked by a sophisticated email hack.

Hours after his loan was approved, he got an email from someone purporting to be his real estate attorney’s secretary.

Because the law office may be the victim of a crime, we are not identifying the lawyer.

That email sender asked Beach to wire transfer the funds for the closing right away to avoid a delay.

“I will be busy with limited access to my phone,” the sender said. “Send me an email if you need anything else.”

On the surface, the email appears to be legitimate.

The sender’s display name matched the name of their attorney’s secretary.

The email had the right logo and contact information in the signature.

It appeared that the sender even copied their real estate agent on the email.

Since it all seemed to checked out, Beach wrote back and later received wiring instructions.

Upon closer examination, it’s clear that the wiring instructions came from a scammer.

When you click on the display names in the email, the addresses are close, but not a perfect match to the secretary and real estate agent’s addresses.

A scammer spoofed them.

Someone involved in the closing process had been hacked.

“It would be similar to someone breaking in to you house,” she said. “You’re talking about something that you thought was secure, that you never second-guessed.”

REAL ESTATE SCAMS ON THE RISE

The FBI has been warning about these Business Email Compromise scams for years and reports that they are on the rise.

Once they are in to their system, they can monitor emails for days, weeks or longer, waiting to find out when clients are about to close on a property.

In 2018, the FBI reports more than 20,000 Americans fell victim to this real estate scam, amounting to nearly $1.3 billion dollars in losses.

Often, the money ends up in bank accounts in different countries.

The Martin County Sheriff’s Office is investigating the case of wire fraud that cost Beach $77,000 — but a spokesperson said these kinds of white collar crimes take time to investigate.

Spofford approached CBS12 News Investigates with her family’s story in the hopes that it will help someone else avoid this scam.

“People need to be educated,” she said.

The best advice is to pick up the phone and verify a person’s identity before sending money via wire transfer.

Be sure to closely scrutinize an email address before corresponding with a sender, especially if it is a sensitive financial matter.

These scammers try to use email addresses that closely resemble a trusted source — but are often off by a few letters.

For example, a scammer may switch the “a” and the “e” in the name Michael — or use an @email account instead of an @gmail account.

The good news for the Treasure Coast family is that they were able to come up with the money for closing costs at the last minute, and still move into their dream home in Jensen Beach.

They’re grateful the scam didn’t cost them the house — but they don’t expect to see their $77,000 again.

This message is only visible to admins.
Problem displaying Facebook posts. Backup cache in use.
Click to show error
Error: Unsupported get request. Object with ID 'Existing Feed' does not exist, cannot be loaded due to missing permissions, or does not support this operation. Please read the Graph API documentation at https://developers.facebook.com/docs/graph-api Type: GraphMethodException